The Air pods are the greatest product of the major and prime gadget company, Apple. They have launched their two generations of the headset in the name of Air pods, which they have launched in 2016 and 2019. All of them are available in all the Apple Stores and also in some Android Shops. In that list there is one more great advanced technology, they have launched, that is none other than Air Pods Pro. This was launched in 2019, October 30, it was a wireless Bluetooth earbud. They will give the same Cute Airpod Case with this Air pods Pro. The processor of this Air Pods Pro is also the H1 chip which is already used in second-generation Air Pods. But in his Pro, they have added some more facilities like active noise cancellation, water resistance, wireless charging cases, automated frequency profile setting, and interchangeable silicone tips. So it becomes most of the people’s first preferences and the sale of Pro is higher than both the first and second-generation Air Pods. In this Air Pods Pro, there are many standard features and so it becomes so popular among the youngsters in all over Apple users. 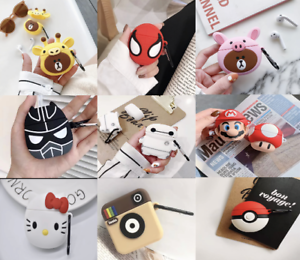 There are so many users of Air Pods Pro are there, and they have reviewed about this and rated nearly five stars for this new type of advanced level of Air pods. The reason behind their support for this is, the additional features like that background noise will be filtered out by the microphone, the while pressing on the stem the accelerometers, the optical sensors will detect that when that is taken from the ears it will pause automatically, pressing the sensors forcedly and tapping are the controls to operate it. The specialty of active voice cancellation will be helpful when it turns off or in the transparency mode so that the user can hear everything from the surrounding, then the most important feature of this Pro is the power of the battery. Yes, this Pro battery is the same battery using in the second generation Air Pods which will be longer for 5 hours, likewise in this Air pods Pro, it will be longer for 5 hours but if the user on the transparency mode it will be longer for 4. 5 hours only due to taking extra process by the two modes. And some of the people will focus on this feature in every gadget which is nothing but the water resistance. Because there are so many people who were without the knowledge or forget about their gadgets while in water like washing or near to pool, there is a chance to fall and get damaged, they won’t do that deliberately but unfortunately. For them, this Pro is rated for the IPX4 level of water resistance which is the most top-level of protecting the gadgets from the water and the dust. There are three types of sizes with the tips of Silicone, and then there is a great frequency contour which will adjust the noises automatically, this is called as ‘Adaptive EQ’. Thus, the Air pods Pro and the Cute Air pods Case are the most preferable gadget by all the people.

What do you need to do to start mining altcoins with ASICs?