Life doesn’t go as we want all the time. Up and down is always part of it. Starting from a poor man to a billionaire, no one can save themselves from the sarcasm of luck. Sometimes our luck is in our hands but because of some uncertain actions, we have to face consequences.

Peter Comisar , one of the top-class financial advisors, had filed a suit against the popular businessman, Scooter Braun. He claimed that Scooter Braun has done a $200 million scam to fulfil his net Growth. A lot of things had happened on 2nd June 2021. Let’s see how it can Hamper the reputation of Peter Comisar.

What’s The Base of The Commissar’s Story?

Peter Comisar is known by all. Though currently, he is the vice-chairman of Guggenheim Securities, he previously worked for Braun’s company. He had gained knowledge about finance and investment by working for 2 decades at Goldman Sachs. So, certainly, every progressive businessman will want an advisor like him.

Mr. Braun selected Peter Comisar as his financial advisor. Peter became a part of his in exchange for $3 million in salaries. The salary is not quite low for a financial advisor. So, a beneficial result is expected. But was Peter successful? Now, there will be too many confusions if we speak about it. Let’s see what was Brian’s story about Comisar.

Comisar had three tasks to do. Engaging more investors in Scope Capital Management, increasing the share prices of Ithaca, and making the Story 3 Merchant Bank successful. But are these okay with Braun’s desire? According to Braun, Peter Comisar is not worthy to do this task.

According to Braun, Peter failed in all the missions. Like, he failed to draw investors in Scope Capital Management. Thus he failed to complete his desire to grow the revenue up to $750 million. Again, in Story 3 Merchant Bank, he failed to draw the investors and as a financial advisor, he was a total failure. Though the share prices of Ithaca were incredibly strong, still, he was hesitant to accept Peter’s effort.

How It Will Put Effect on Peter’s Career?

If you think for a bit, you’ll understand the gravity of the situation. One person, who is a top-class advisor in the current generation, is being disrespectful by another popular face. Doesn’t matter where the case will end, the mark on the name will disturb both of them in the future. On 2nd June, in the Los Angeles police station, Peter filed a complaint against Braun accusing them of $200 million in fraud. Braun got an arbitration and filed a statement against Peter. Those parts of the statement are already mentioned above. 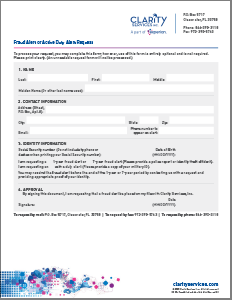 So, for a vice-chairman of Guggenheim Securities, it is a very shameful accusation. As the investigating team is searching for the answers, we hope the reality will be exposed soon. Until then ignoring the negativities will be better.

A mark will be there on both Peter and Braun. Both are famous personalities. So, as mentioned, both of their reputations are on the line. They need to prove themselves again to gain the lost respect.